This was taken this morning at the intersection of Great Seneca and Sam Eig Hwys: 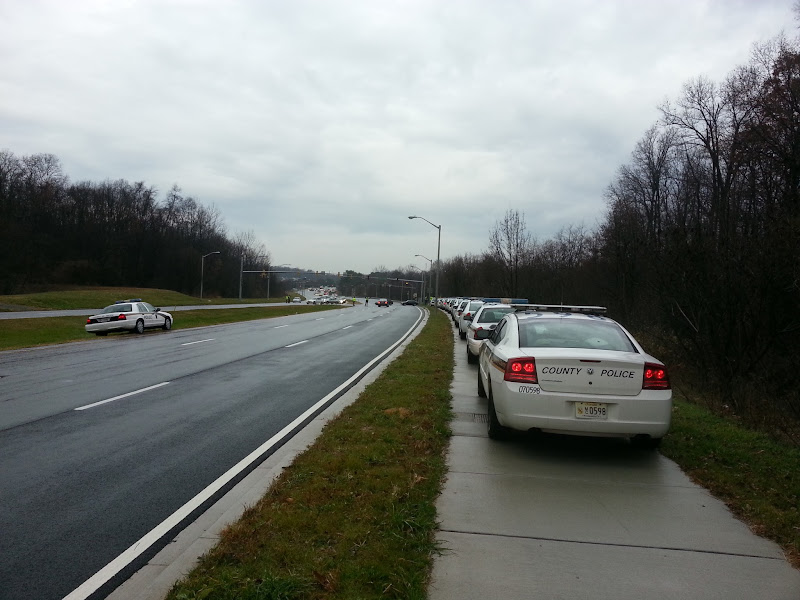 There was plenty of space to put their cars on the other side of the road (demonstrated by a sole car parked there), but they chose the convenience of a bikeway. This was not some kind of emergency, just training for new police officers, and not the first time I see them there. All cars empty (all trainees congregating at the intersection), but idling, so saving gas is not on their priority list either.

Upd: I have received an email from a police captain from the public service training academy stating that parking like that was a mistake and that they will never do that again.

Upd 2: Today (12/14) was another training session and this time all police cars were parked out of the bikes way in the grass median, so I want to thank again the safety academy leadership and everyone involved in resolving this.